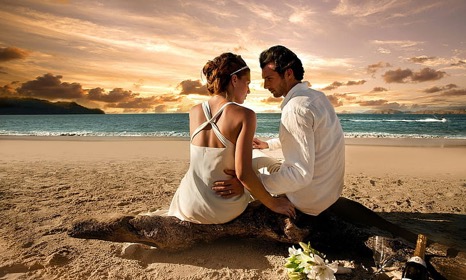 Latin America is the name given to a group of countries in North and South America.

Most people in the region speak Spanish or Portuguese, although French, English, Dutch, and Kreyol are also spoken in parts of the Caribbean, Central America, and South America.

The countries considered Latin America are:

Latin countries are full of diversity, culture, and traditions and are specifically known known for their hospitality and energy.

Men are the head of the family with full control over the wife and children.

They determine who, when, and where their daughter dates.

In Mexico, a girl who is having her 15th birthday is called a “quinceañera” which marks her transition to womanhood.

Mexican fathers forbid their daughters to date until their quinceañera.

In the party the boys that are interested in dating Latin birthday girl, would approach her parents for permission.

A famous Latin dating tradition in Mexico is “la serenata”.

The Mexican man would go to his love interest’s home and starts singing to her and if the girl is interested, she will come out of her house.

Don’t be offended if your Brazilian date shows up late, as they are not expected to arrive until well after the designated time.

In Brazil, it is considered rude to be on time to an event.

Brazilians are very passionate and don’t hesitate to show their affection for you in public.

In Brazil it is considered the norm to hug and kiss a person you just met on both cheeks at the meeting and goodbye.

Your Brazilian date will be really possessive of you. They may regularly check your social media activity or whereabouts to see what you’re up to.

Talking about politics in gatherings is a taboo. Don’t call the United States “America” instead of “North America” or you would offend your Argentinian date.

Physical contact is a big part of Argentinian communications; your Latin date usually sits close to each other and makes a lot of physical contact.

Argentine Tango is a partner dance that developed over the last century in Argentina’s capital city, Buenos Aires and popular not just in Argentina but all around the world. So if you want to impress your Argentinian date, take some dance class and surprise him or her with your Tango moves.